Holding true to my New Year's resolution to take more photos has been helped by my new, shiny iphone. Yep, I've got even more hipstamatic pics to post. Don't worry - I don't plan on making this a permanent feature.

And another shot my my little fella, Paul. He's fast asleep now, but I know he's loving ll the attention.

And one of my most favourite purchases ever. I love my typewriter (possibly even more than my macbook). And I got it for $8. 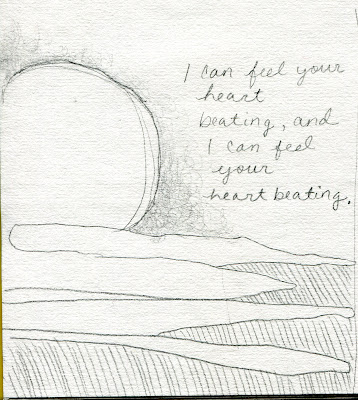 And now onto the new work. Just some sketches for now. I've got a lot coming up, between planning a show with my good friend Sean, and putting together a bunch of large mixed media pieces for the library at my university. They recently renovated the second floor and now have a gigantic white wall that they want programmed with work. I'm really excited, but I do have to finish ten new pieces by the end of April (and we're talking several feet here, not little ones!). Eek! 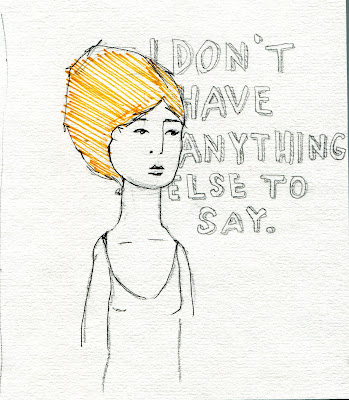 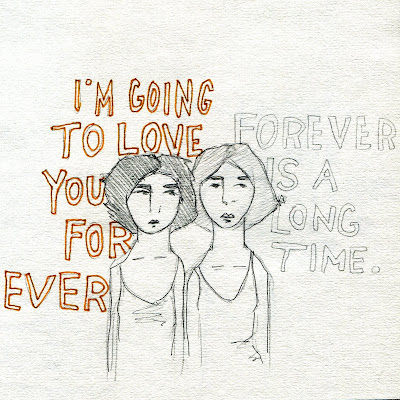 And that's that for now. I don't want so much time to pass between now and the next time I post. I feel bad letting it slide (especially since the blog's one year anniversary passed a couple weeks ago!!!!) but I hate posting when I've got nothing to post. I'll keep taking photos, I'll keep pen to paper, and I'll keep trying to come up with things to say.

Yeah, I kow it's not Thursday, aaaaand I know I've been away a bit, aaaaaaaaand I hate making excuses, but here we are. It's been a crazy couple weeks, there's a lot going on at work and even more going on in terms of art I have to make. Long story short, I have a lot of art on the horizon. And a long, long, long to do list. Deep breath.
In other news, I finally got an iphone! No more flip phone for me, I've joined the second half of the first decade of the 21st century! And with iphone comes apps, and with app store access and an apple id comes the power to download apps - and I've downloaded several fun camera based ones (with the help of Elsie's timely post on her favourite camera apps). The pic above is of my little fella Paul, looking hip and suave.

As for my top three, I decided to nerd out and list my top three favourite graphic novels (not including Jimmy Corrigan, which has already been included in my fave book top three post) (also, just have to mention, Chris Ware - writer/illustrator of Jimmy Corrigan is coming to Toronto soon, squeeeeeee!)
So here they are, in no particular order: 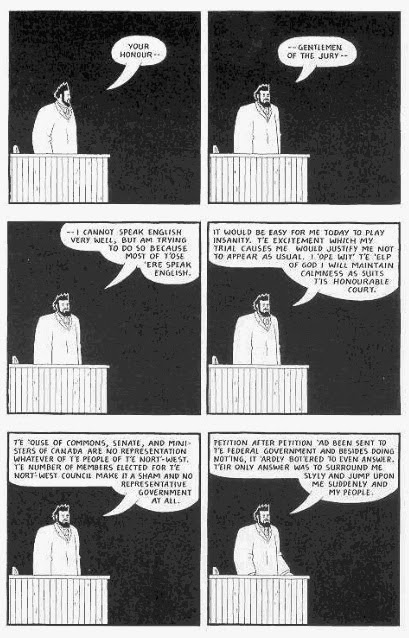 Chester Brown's Louis Riel: A Comic Strip Biography
I got this for my birthday a couple years ago from some boy (who still hangs around, getting me to read comics every week). I love Canadian history (and history in general) (yep, I'm a nerd - I like comics about stuff I learned about in school).

Daniel Clowes' Ghost World
I got this book for the same birthday, from the same sweet boy. And yes, I think every angsty teenage girl loves this book (and if she doesn't it just means she hasn't read it yet).

...And Frank Miller's The Dark Knight Returns
I really like Batman. I think that Batman is the most fascinating superhero (and yep, I totally wrote an essay on him, and this book, in a third year university class). Actually, just today I finished rereading Batman: Year One (which is also awesome).
Posted by tori at 11:52 AM 2 comments:

Well, Thursday posts are getting shorter and shorter I know, but once again - I've got a long to-do list to work my way through before noon (which is when I start work).
Today I decided to post my top three etsy finds for the day.
I'm not huge into etsy, but I use it (and may have the record for the longest time running a shop without selling a single thing) and I've purchased two things from it. Etsy is nice because you can find a lot of really cool things at really great prices. You do, however, have to sift through a lot of questionable stuff to get there. Well, I've done some sifting and here's what came up- 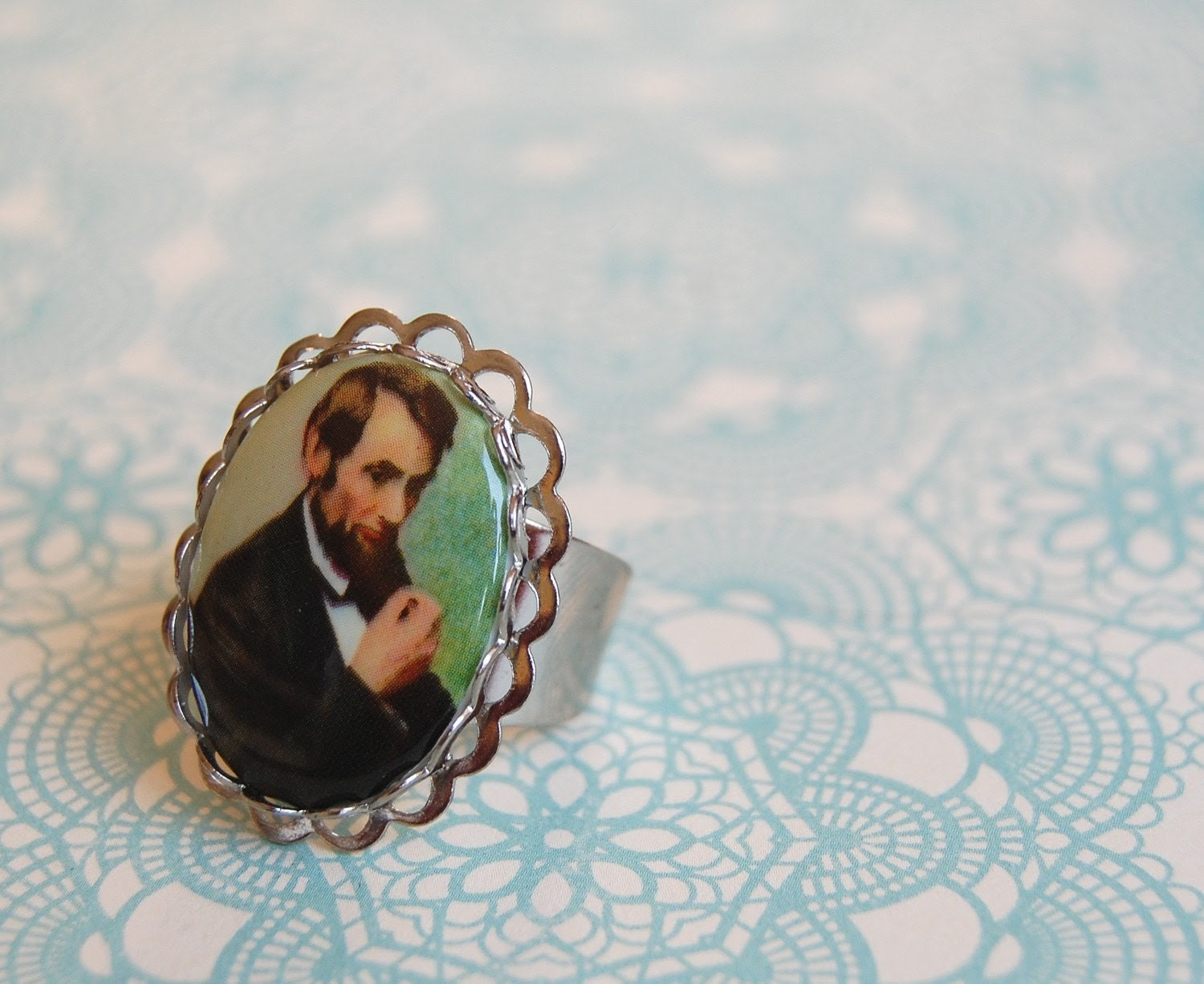 The Lovely Lincoln Ring (as it's named) has been on my "to buy" list since the summer, when I first stumbled across this little guy. 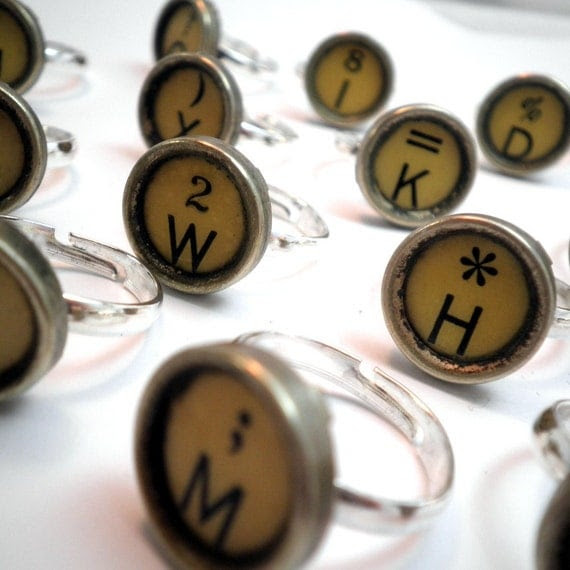 These vintage typewriter rings are so, so cool - I'm a type/typewriter nerd and the ones in this shop are all so unique. I actually bought one a few weeks ago. They were all sold out of t's so I got one that says "self starter" I have no idea why a typewriter would have a self starter key...but I love that ring. 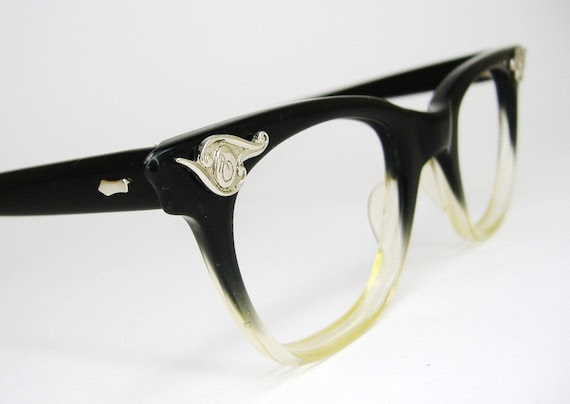 I've been thinking lately about getting new glasses. There are so many vintage frames on etsy, and these ones are particularly lovely.
Posted by tori at 9:19 AM 1 comment: